Now online: a central hub for data and information for Hawai‘i’s groundwater and geothermal resources. In coordination with the UH Manoa Libraries, the Hawaiʻi Groundwater and Geothermal Resources Center has launched its website.

The Hawaiʻi Institute for Geophysics and Planetology (HIGP) at the University of Hawaiʻi at Mānoa launched a website—Hawaiʻi Groundwater and Geothermal Resources Center (HGGRC)—which consolidates existing information and introduces an abundance of new data related to these natural resources.

HIGP researchers, Nicole Lautze and Donald Thomas, led the creation of this resource center to organize and publicly disseminate data on Hawaiʻi’s groundwater and geothermal resources from private and public agencies and organizations.

“In bringing together this wealth of information, we hope to facilitate innovative research on Hawaiʻi’s groundwater and renewable energy resources,” said Lautze. “Ideally, with sound knowledge in hand, scientists, resource managers, potential developers, policymakers and the public will have the necessary information to protect and optimally utilize Hawaiʻi’s natural resources and to plan for a sustainable future.”

In the past, several disconnected repositories existed for groundwater or geothermal documents in the state. Lautze and Thomas noticed significant public interest in several projects and realized the need to centralize these datasets along with historical photographs, slides and newspaper articles.

“Creating this open data set is an important first step in re-vitalizing our understanding of Hawaiʻi’s water resources, as new and enhanced geophysical methods today promise to update the foundations of our current knowledge, which has been based upon 80 year-old technology and studies,” said Rhett Butler, director of HIGP. 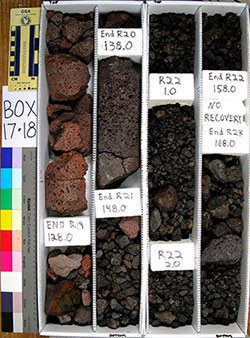 While recognizing that discussions about developing groundwater and geothermal resources can be contentious, Lautze emphasized that the goal of HGGRC is information gathering. “Our goal is to educate individuals and facilitate responsible management of these resources into the future,” said Lautze.

For more information read the Hawaiʻi Institute for Geophysics and Planetology news release.